In my mixed media drawings, I contemplate the boundary between natural and synthetic states. In a world where representative icons of the non-synthesized world (wood, stone, greenery, water) are continually subjugated by those of the synthesized world (concrete, steel, glass, chemicals), nature comes at an increasingly greater premium. Because of our innate need to feel ourselves connect to nature, we look to the synthesized world to represent it. In my work, I explore the dynamic conflict between these two states, At once symbiotic and antagonistic, and the human condition that lies at its core. My goal is not to illustrate this is symbiosis, but rather to explore the deep, intrinsic dialog that goes on between these two states, the way one might investigate the nature of speech as a series of intonations, rather than a set of recognizable words. Instead of relying on representations of things that bring with them their own cultural baggage, I try to extricate and make plain the forces and relationships that underlie the dialogue between these two seemingly unsuitable bedfellows. 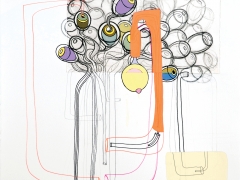 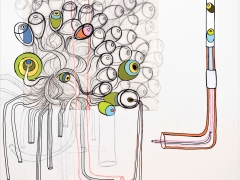 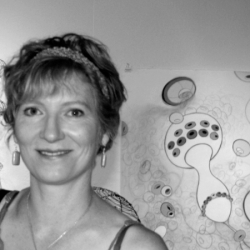