Someone once asked me to describe my art in ten words or less. I said: “I paint people: mostly people in their underpants.” It’s a joke, but like most jokes, there is truth in it.

I work from found photographs, lost or discarded snippets of private lives. Similarly, my paintings are fragments, deliberately and glaringly unfinished. Large areas are left untouched; the painting ground is clearly visible, messy brushwork and scribbles contrast with realistic academic portraiture. Figures are isolated, stripped of context, exposed. The viewer is made to feel that they are peering into the subject’s heavily curtained basements, revealing secret sexuality, hidden ambitions, private poverty, and concealed illness. It is a Midwestern Gothic. 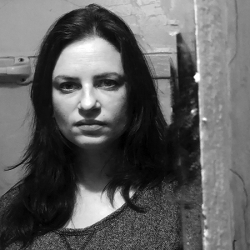