My paintings and drawings are invested in absence; their content depends upon what is not immediately present. Composed solely of elements pertinent to the narrative, the images are devoid of much of the surroundings that nature would have us expect. The people, animals and objects, removed from their conventional settings, appear on barren grounds or in turbulent climates. Displaced from their ordinary surroundings, the subjects take on new roles within each narrative. In my recent work I have used the visual devices of absence to bring attention to cultural misrepresentations of the exotic, and the subjugation of the "other" for entertainment and service in contemporary western culture. In this new series of paintings the elephant symbolizes the dual role of the hunter and the hunted. My research on the pachyderm has revealed parallels between the human use of elephants and the slave trade, the drug trade, and the sex trade: activities that are oftentimes cloaked within notions of the exotic. The objective of this project is to bring awareness to the underlying and overwhelming manipulation of various ethnic and social groups, while raising attention toward the continued plight of the elephant in the U.S. and abroad. 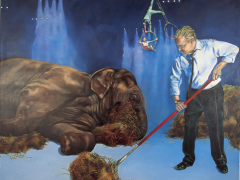 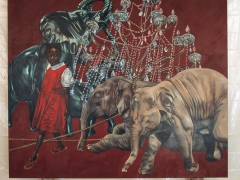 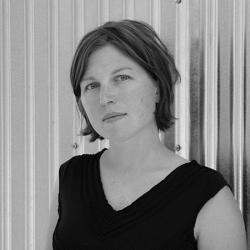