I paint objects that are integral to my personal narrative. These items are emblematic of the 1950s, an era of great productivity that reached a peak in the 1970s, when I was born. They served as the backdrop of my childhood in South Korea. In my paintings, I use a visible grid as a generative matrix to make representational work out of iconic items such as 1957 Coke bottles and caps, 1952 Volkswagen Beetles, and the toy soldier, all cultural icons of mass production. The products visualize, materialize, and recontextualize desire and belief. I place them within the grid as a window for carrying messages of particularly philosophic importance in an age of consumer goods and excess, loosely involving scientific logic and embracing mythical belief. 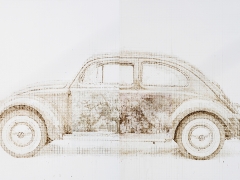 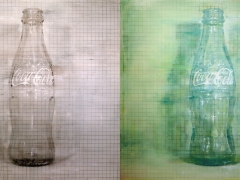 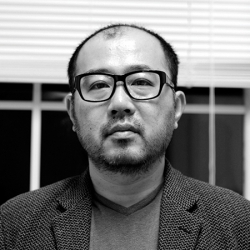