Long before the appearance of writing, figurative and nonfigurative images were used in pictorial systems of communication. More than 20,000 years ago, people began to draw patterns of rhythmic lines, dots, and symbols, arranged in a certain order and with regular spacing. Though they remain enigmatic, those ancient signs, like a written or spoken language, infer meaning. In this sense, lines, polka dots, or other geometric shapes convey a symbolic value. Time tests a sign’s ability to inscribe itself into memory. The skull symbolizes danger, in Christian iconography, it is a “memento mori”: a stark reminder of the transience of the world. I see my art as a personal visual language. It exists in a liminal zone, a shape-shifting space where some things morph into other things. Fragments of signs and ciphers float like music notes, or pirouette into ambiguity. 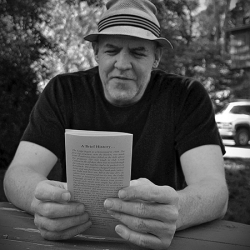