The truth may reside behind absurdity. Fantasy may come from reality. Surrealism is more real than realism. My works do not come from my personal experience and surroundings alone, but exist as a hybridization of Chinese scenarios and Southern daydreams. I consider myself the ghostwriter of my works. In them, the “I” is reduced to a minimum. Though I am aware of being both the narrator and creator of my paintings, the narratives remains undefined. Instead, they are generated by my unconscious, then developed and formed by the experience of viewers. I set my characters in a flatness that I call a nonlogical space. The ambiguity of their gender and skin tones make them abnormal, even uncanny. They seemingly engage in meaningless tasks while holding ordinary poses, blending the odd with the ordinary. This ambiguity comes from the supernatural being presented as the mundane, and vice versa. I’m interested in prompting viewers to call into question the limits of narration, making psychological realism and surreal flights of fancy indistinguishable. 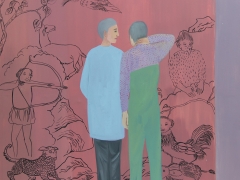 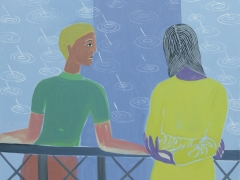 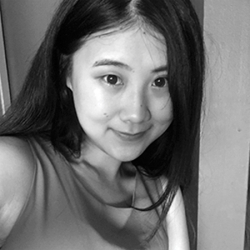