Drawing from cultural sources as diverse as Forensic Files, Pornhub, and Proust’s In Search of Lost Time, I make paintings that acknowledge their ranging origins while simultaneously asserting the inherent newness of gestural mark-making. I use this visceral approach to address constructions of white femininity, which contribute to oppressive societal paradigms through their associations with violence and privilege in representation. Rather than mimic the glossy, whitewashed appearance of advertisements, television shows, or pornography, I allow the painting process to mediate such content, producing reinterpretations of commonly consumed images from the interaction of paint and physical movement. The tradition of emotionally rendered subject matter here lends itself to the reassembling of women’s place in the history of image-making. 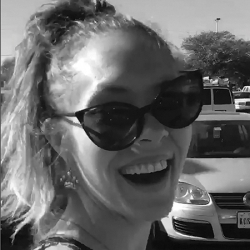