The paintings derived from imagery associated with the world of professional wrestling are inspired by a particular notion within the sports entertainment industry known as kayfabe. Kayfabe is defined by Wikipedia as “the portrayal of staged events within the industry as ‘real’ or ‘true,’ specifically the portrayal of competition, rivalries, and relationships between participants as being genuine and not of a staged or predetermined nature of any kind.” A variant of this concept has corrupted the current political and cultural climate, as conspiracy theories are insisted and acted upon, and social media “influencers” present fake real lives. The titular works under the necromasculinity banner are imagined personifications of death, pointing towards a more traditional vanitas style, but nonetheless still a visceral and unrefined reaction to the current political and cultural climate. Veering into abject and uncanny territory, these skulls/heads/faces/old men are raw, immediate indictments, laying bare a reality that can no longer hide behind kayfabe, bad faith propaganda, or sponsored posts. 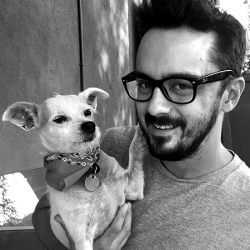