My interest in representational painting lies in its ability to invoke the visual aspect of an absent world. I sometimes feel like an intruder on that absent world shown looking back in the painting. This series is rooted in the traditional discourse surrounding the relationship between the viewer and the pictorial field, specifically the consonance of observer and subject and the kinship of painting, optics, and physiognomy. The virtual embodiment of the viewer in the visual structure of the image is the foundation of naturalism. Each painting references the event of a flash photograph taken during the screening of movies in various Los Angeles theaters. The unexpected gesture momentarily interrupts the passive viewing experience, making the audience aware that they have now become the object of another’s gaze. Through the physical language of painting, which replaces the photograph as the primary document, this event is extended and ultimately translated. I see the dark movie theater as a metaphor for pictorial space. The audience is both viewer and subject, and the flash discloses our voyeurism. 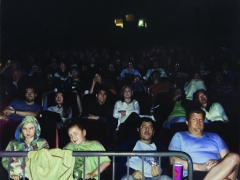 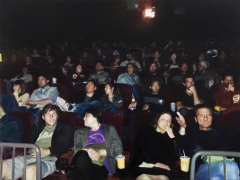 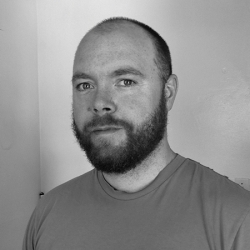