In television production vernacular, “easter eggs” are coy inside jokes or special features situated in widely consumed media. This is precisely how I structure my ornate and highly chromatic paintings. My launchpads for these geometric abstractions and woodworked shaped panels are those of the gaymer, the sissy, and the fan boy. Quotes from Sex in the City, subplots from the enigmatic TV show Lost, background patterns from Super Mario, and other relished source materials underpin this formalist play. In my recent Death Swish series, installations of paintings pay homage to such queer iconography as Judy Garland, Princess Diana, Pasolini’s Sebastiane, and Ryan Murphy’s TV spectacle American Horror Story: Coven. In another current body of work, numerous multipartite paintings conflate the lived environments of fictional TV families and Internet memes with my own home and the space in which they were displayed—a mid-century modern furniture store. Clichés are rendered with tenderness, and high forms of modernism are detected and then made to dance in commonplace contemporary contexts. 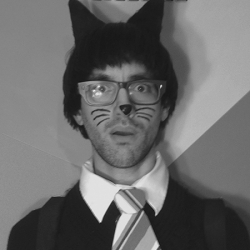