"Posthumously," the title of my recent body of work (2004-2005) is misleading. It deals with death, but more specifically it is an examination into the living ideas, spirit, and myth of the work left behind by these artists, individuals or places. Even though sometimes deeply misunderstood, their thoughts and ideas were held close to their hearts and have become timeless; they will continue to touch the lives of future generations. In leaving behind their work and ideas, they have, in effect, created their own "immortality". Only very few will ever be able to achieve this 'life after death' (unless the future holds significant advances). These pieces begin with a mood and don't necessarily have a chosen subject or artist attached to the painting until it is worked and reworked and some elements of shape and color start to gel. Recognizable imagery excludes too much and only if the viewer is enticed to be included into the process of making this plastic world will he or she be drawn into the paintings semi-recognizable shapes and forms. Only then do I start to associate the imagery with a particular influence or place and sometimes even both ("Dekooning's Montauk"). The shapes and palette of the painting are a loose interpretation of how I perceive the artists' personality - where they worked, their vices, the places they frequented (i.e. The Cedar Tavern), who or what inspired them, and how they approached the task of being a writer or painter on a daily basis. 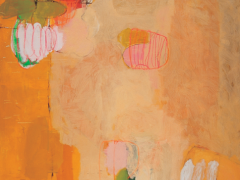 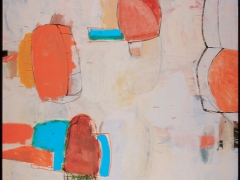 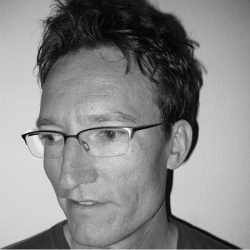