I am inspired by traditions of the Hudson River School, American Luminism, and early twentieth century photographers. An observer of atmospheric and tactile qualities of land and sky, I create meticulous drawings evocative of luminous silver-gelatin photographs, built from sketches, memory, and photographs, revisiting sites to observe changes in crops, weather, or vantage point. Of the recent series, DH Lawrence Tree, (first painted by O’Keeffe in 1929), the Arizona Republic’s Richard Nilsen has said, “Wagener’s black-and-white landscape is as frenetic in detail as O’Keeffe’s was smoothed over and abstracted...Wagener’s drawings mimic the immediacy and detail of large-format photography. Every twig, tessera of bark and needle is shown with hysterical attention...But step closer you see the illusion dissipate; hardly a photograph, it’s a welter of scribble, lines twisting off this way and that, frantic as the paint splatters of Pollock. The dissonance between overall appearance of Wagener’s drawing, realistic and orderly, the close-up jumble is a joy, causing in the attentive looker a kind of perceptual effervescence.” 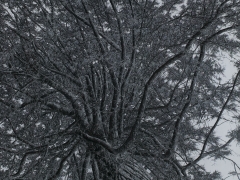 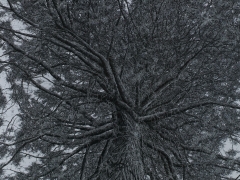 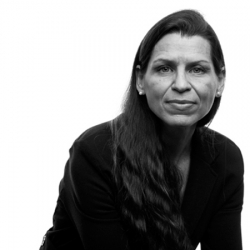