My latest painting series, Some Americans, grew out of several (ongoing) road trips in the rural South. Though I’ve lived mostly in the North, my own Southern heritage goes back over 400 years, and I spent much of my early years in my grandmother’s house in Mobile, Alabama. I’ve tried to present these subjects as they are without comment or criticism, motivated only by my fascination with American culture and, in this case, a particular regional culture for which I have both some misgivings and much affection. 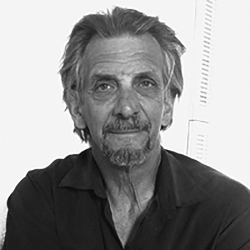