My recent work was inspired by the ancient form of Buddhist mandalas, which use simplified floor plans as metaphors for the structure of the human soul. They made me wonder: in what kind of architectural structure does the modern soul reside? What effect have modern-day complications had on us psychologically and spiritually: stress, guilt, our overabundance of responsibilities, along with our cultural emphasis on individual importance? In the architectural version of ourselves, built of the never-ending stream of input we encounter daily - both good and bad - there are some strong basic structures, but there are also disturbing rooms in the basement, stairs leading nowhere, rickety support structures, and odd rooms tacked on to accommodate new ventures. I investigate the systems that humans create for themselves in order to make sense of the world and our place in it. Philosophy, religion, science, geometry, mathematics, poetry, literature, mythology, fairy tales, music; all are the result of humans puzzling out the mystery of existence, and they all describe a different part of the same story – and though the methods differ, they often reach strikingly similar conclusions. 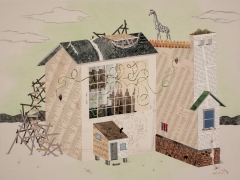 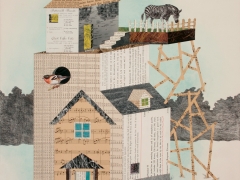 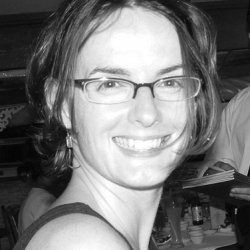