I am not a painter, I just use a lot of paint. And text. I work with memory, impulse, death and decision-making. I cut stories to illustrate moments of autobiography using paint as medium to distort or obfuscate these stories much the same way our memories warp, fracture and disintegrate as we get older then pass on. I began using paint in January 2011. Prior to that I used India ink. I began the process of putting words on canvas as a way to make sense of my life, as a way to keep living. But then it changed. I have no interest in word games, I don’t do secret messages. My stories are straight-forward and they’re hilarious, or brutal, or both. If the story doesn’t hold up on its own I don’t do it. On the other hand, if I make a piece and you can’t read it, I don’t mind. A closed book doesn’t mean the story isn’t there, it‚’s just a matter of opening it. 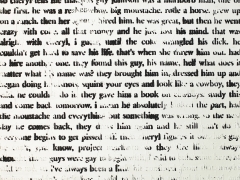 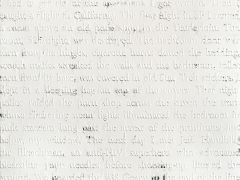 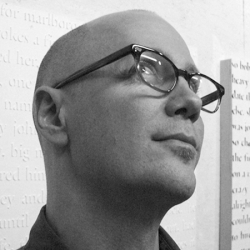