My painting practice lately seems to address the notion of theatricality in an art production operation, but is ultimately one facet of a larger, general practice. While the images always rely on the tool of representation (often of the mass-produced objects/ephemera that have woven themselves into the most intimate moments that might now constitute a personal history), the varying levels of commitment to depiction (or the sometimes stacked layers of imagery) nod toward a sense of self that frequently wavers. As “persona,” I easily become “demographic,” and the paintings seem to reflect that in the way that I can depict my role through the objects that I both rely on and identify with. In this creative process, I impersonate myself as “maker” in the way that I impersonate myself as “persona” in my social interactions, my day job, in a sort of all-the-time performance. Media that similarly discuss this phenomenon might be Jean Baudrillard’s discussions of simulacra as well as Sam Weisman’s 1997 film George of the Jungle. 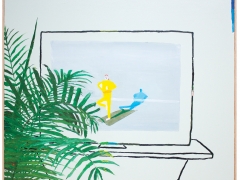 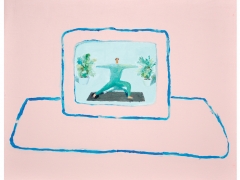 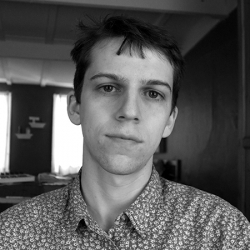