This work is a series of contemporary caste or ‘casta’ paintings. Casta painting was popularized as a genre during the 18th century in colonial Mexico. Originally meant to record the racial mixing taking place in the New World, these paintings came in sets that depicted different families from lightest-skinned to darkest-skinned, very much like a table of elements. Each painting takes an original casta as a template to be distorted, where previous characters are replaced by archetypes from popular media, comics, and world history. Similar to fusion or hip-hop, these works lift and sample in order to understand the processes of re-appropriation. My understanding of art as an emancipatory force leads me to believe that, by re-contextualizing these visual stereotypes through old casta paintings, their meaning can be dismantled and broken loose from fixed identities. In that light, remaking old casta paintings is a critique of the role visual arts have played, and continue to play, in shaping the social constructs of race, gender, and class. 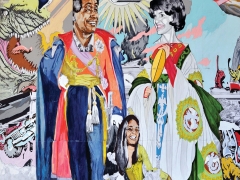 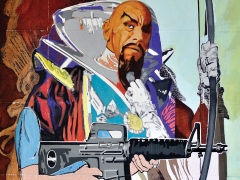 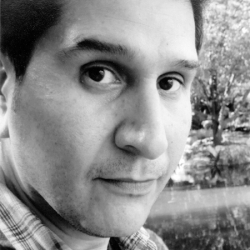