I work on the relationship between art architecture and society and have been influenced by the experience of living and working in Peru, Japan, England and the United States. This painting series is based on photos of plastered and uncoated sheetrock panels taken on construction sites in different locations internationally. They reflect on the contributions that construction workers, many of whom traditionally are immigrants, make to societies around the world. They also address the role of construction workers as artists whose masterpieces, similarly to Leonardo’s “Battle of Anghiari” allegedly hidden behind a wall in Palazzio Vecchio in Florence, lay hidden under coats of paint in apartment buildings, houses, offices, malls, businesses and churches all over the world. These works also reinterpret principles from the abstract expressionist movement and particularly those found in the work of Mark Rothko. 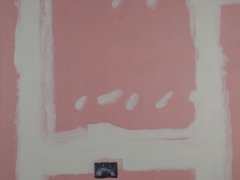 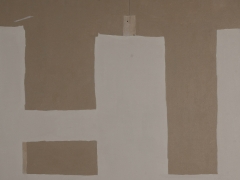 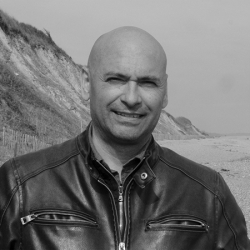