Believing that the stories we tell each other can reveal more about our values and biases than mundane experience, I mine genre fictions to uncover the subtle ways that literature reflects inequalities. My recent project Paper Cuts, a series of paper craft compositions, offers alternatives to crime-book cover illustrations. I represent fictional victims as dispassionately as they are depicted in stories. Though men are much more likely to die as a result of violence than women, young women remain the preferred victims in mystery novels. As Edgar Allan Poe famously said, “The death of a beautiful woman is, unquestionably, the most poetical topic in the world.” The spectacle of female death, evident in the way female bodies are discovered in fiction—usually on display, sometimes erotically—perpetuates the objectification of women. Engaging a craft tradition that is still viewed by many as separate from fine art, I make works entirely of cut paper. I borrow from the still-life and landscape genres to position my “paintings” in the history of art. 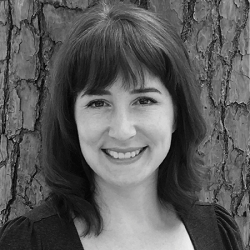