Born in Virginia, Brett Amory relocated to San Francisco in 1996. His experience living for fifteen years in the famed Tenderloin neighborhood altered his societal outlook and ultimately influenced his decision to become an artist. In 2009, he moved to Oakland, California, which he now calls home. Amory’s work visually represents the concepts of detachment and anticipation. Conveying the many ideas associated with ordinary places and people, it explores the times in which we live and how we make sense of the information that surrounds us. Made of the disjointed snapshots that make up our daily life, Amory’s work invites our unconscious mind to fuse these abstract, nonlinear events to give a logical, linear explanation. He allows viewers to tap their subconscious to create meaning. To interpret the work, they rely on their own memories, dreams, and thoughts as well as universal archetypal symbols. 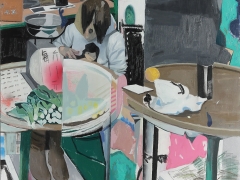 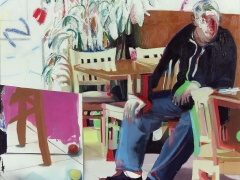 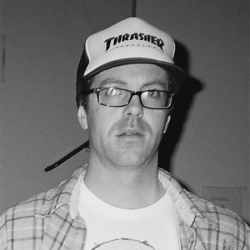