My recent paintings can be described as having their birth in a particular kind of looking, the overlook, which combines a superior viewpoint with a distance that makes it hard to see anything. I chose the word “overlook” because it can mean the opposite of itself. Just as what is left is what remains but what has left has gone away, “overlook” can describe a complete vantage point but can also point to a neglectful way of seeing. Freud was fascinated by such words and devoted an essay to them, “The Antithetical Meaning of Primal Words.” Concerning this essay, Edward Said wrote, “Freud believed that words in fact continue to imply their opposite, the known carrying with it a considerable freight of the unknown.” In these paintings, scrutiny goes together with imperfection of vision. I’m thinking about the act of overlooking in all its meanings by depicting scenes from an all-inclusive vantage point that, at the same time, suggests partial vision and ephemeral glances. 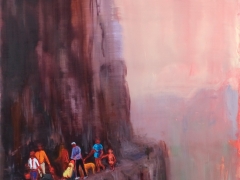 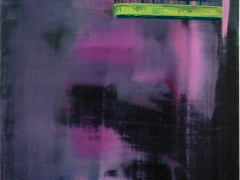 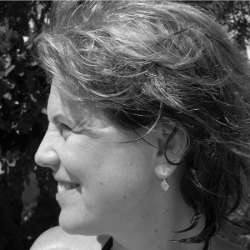