I don’t know much about these paintings other than that I’m present when they are being made. What I can say for a fact is that my attempts are an ongoing project that, in hindsight, has developed into a narrative that parallels my life. I can also say for a fact that I’ve only ever followed the work, and this is where it has taken me. I can also say that some of the attempts are approximately the scale of my young cousin’s deathbed. And that some of the new attempts are tied to, at least in my head, the notion of devotional paintings, in that a single image is isolated so its meaning can be further contemplated. If I’m praying to anything at all, it’s to the act of painting. The paintings are grueling to make and even harder to comprehend. They consistently stare me down, and though I don’t fully understand them, I have to make them while I’m still here. 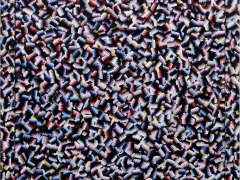 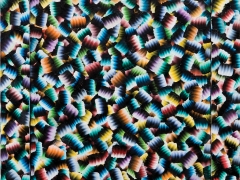 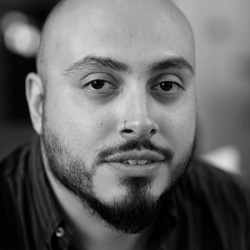