I am interested in the relationship between decoration and function, and, similarly, how painting operates as both an object and an idea. Simple compositions depicting singular moments, things, and situations in shallow pictorial space allow me to explore my interests in formalism, geometry, and abstraction with the most freedom. By imposing such parameters, I am better able to investigate issues regarding the surface of the work and the materiality of paint, often experimenting with media more closely associated with the decorative arts, like glitter, gold leaf, and spray paint. My paintings build up slowly, in many layers, allowing for mistakes to play a role in an otherwise controlled environment. I often mimic such blunders with intentional marks, further blurring the line between the actual and fiction, subverting and upholding the language of painting and allowing the work to exist in a liminal space between window and wall. 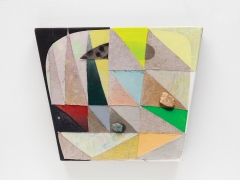 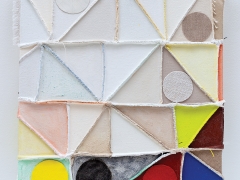 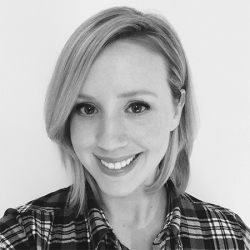