My recent work demonstrates the simultaneous generality and singularity of heroic myths and stories. These stories often adhere to a highly fixed structure composed of a few conventional tropes and narrative devices; however, each element possesses the potential for infinite variation. I compose my drawings and cut paper pieces out of appropriated cels from animations (specifically American made fantasy films from the late 70s and early 80s) whose stories conform to the traditional heroic narrative. In each drawing a mass of information is generated by projecting many successive cels from a handful of related scenes. Out of this mass of information some is edited in while some is left faintly present in the background. One possible version of the narrative event takes the forefront in the drawing, but the alternative possibilities remain present. Additionally, in each drawing another layer of highly rendered drawing infiltrates the cels. This secondary layer is a more personal world that infests and permeates the appropriated information. With the combination of appropriated cels and personal imagery, I create my own entirely new version of the archetypal scenes that I am borrowing, using their mythic generality as a ground for the development of original narratives that appear at once foreign and familiar. 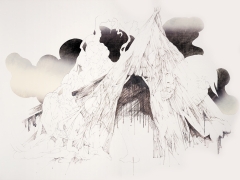 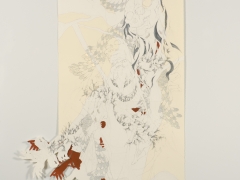 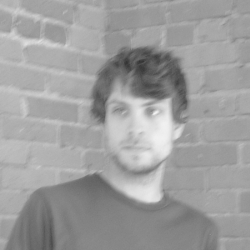